Amanda Hart Miller’s debut children’s book SUPERDYLAN AND THE POWERS OF JUST RIGHT came out in July 2013.  My kids have reviewed the book and it’s HILARIOUS.  She has graciously agreed to be interviewed.

Amanda’s previous credits include short stories and poetry.  You can read more about her publishing experience at: amandahartmiller.com.  Find SUPERDYLAN at Amazon.com in both print and kindle editions.

Post a comment in the section below and you’ll automatically be entered in a drawing to win a free copy of SuperDylan and the Powers of Just Right. 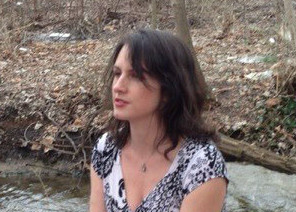 1)      Tell us a little about the book and the intended audience.

Like most children’s books, SuperDylan and the Powers of Just Right has a dual audience. Since early reader chapter books are usually tandem-read by a parent and child, a good book needs to entertain both readers and encourage discussion. SuperDylan is narrated by 5 year old Dylan, and his insight comes straight from my own sons’ interpretations of the world around them. Dylan is trying to find his place as the middle child in his family–he doesn’t know as much as his older sister, and he’s not allowed to get away with as much as his baby brother. When his baby brother shows up with a superhero cape like Dylan’s, Dylan goes on a crusade to prove his brother isn’t a true superhero. After a few mishaps and a rescue mission, Dylan learns what it means to be “just right.”

The current market offers a lot of great chapter book series for boys, but most of these books are either for a slightly older audience (like the Wimpy Kid series) or they are based on fantasy (like the Magic Tree House series). I was surprised to find a dearth of early reader chapter books that use humor to explore real family situations.

3)      What surprised you about the publishing process?

I’ve been very pleased, and perhaps a little surprised, by the ease of the self-publishing process. It takes less than a half hour to “self-publish” a book. However, the most important part of the publishing process, whether you’re self-publishing or going the route of traditional publishing, is the first step: create something good. That’s the step that can take years. Then you just have to believe in your product and do what’s necessary to get it into readers’ hands.

4)      Did you already have a platform in place?  What are you doing to build a readership?

I’m lucky to live in Hagerstown, MD, a community that supports its authors. My local newspaper, the Herald Mail, is running a profile on the book, and several local bookstores have contacted me about selling the book and hosting readings. I’m also lucky to have a strong online network of fellow writers, readers, and parents. I’m thrilled to be here at TasteofSherri and I hope to visit a few other blogs in the next few weeks.

5)      What are your future plans with SuperDylan?

Grant and I are already at work on the second book, SuperDylan and the Night Horse, which we are hoping to release in time for Halloween. As Dylan’s family prepares to move to their new home, Dylan is troubled by nightmares about making new friends. After receiving some unique advice from his big sister, he works to control his nightmare (Night Horse) and use it to his advantage. The first SuperDylan book is a story about sibling rivalry and identity; this second book focuses on self-confidence, positive thinking, and imagination.

It breaks the writing process into 4 stages, and I can’t stress how much this article rang true to me. So many people either let their amazing ideas be silenced by their inner critic, or they go to the other extreme and feel like whatever they write first should make it into the final draft. By the final draft, I’ve usually cut about 80% of what my “Madman” writes, but if I never let him write it in the first place, I’d never have the fodder I need to create the final product.

Amanda, thank you so much for stopping by!